What was up the last days ?

After having a great morning in Kivik thursday morning with swimming, we left almost heading directly north for Hällevik. Half way we motored and had the best lunch so far during traveling: cold chicken with Bratkartoffeln (warm) and sallad. Right after this treat that Anna and Torsten prepared, we could set sails and sail the rest.

I think around 15.30 o'clock we were fast and so extremely hot, we almost melted.

My sister had asked to come on board for 2 nights the evening before. So she arrived with a bus around 16.30 h right at the harbor, where all of us had good coffee  / latte/ cappuccino and icecream to cool down.

The rest of the evening was filled with baththing, good cooking, some new gin tonic combinations and a fight that broke out on a boat across from us. My sister intervened immediately talking to the young woman, who had been yelling. It sadly turned out she had gotten too drunk, slipped and hit her eyebrow so hard it was bleeding. Nice was to notice that everybody around that boat intervened in one or another way to help and protect the situation from escalating any further. 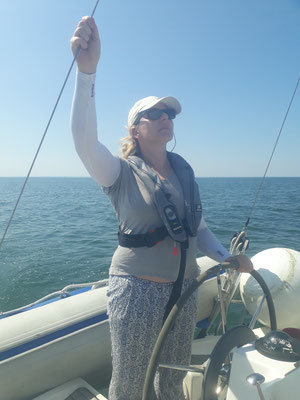 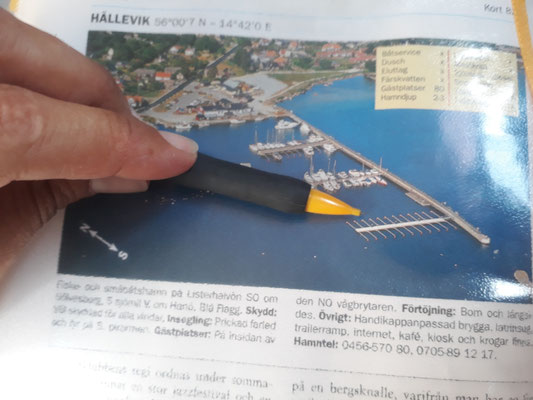 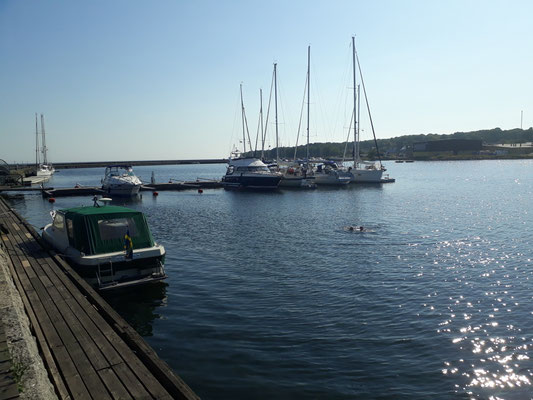 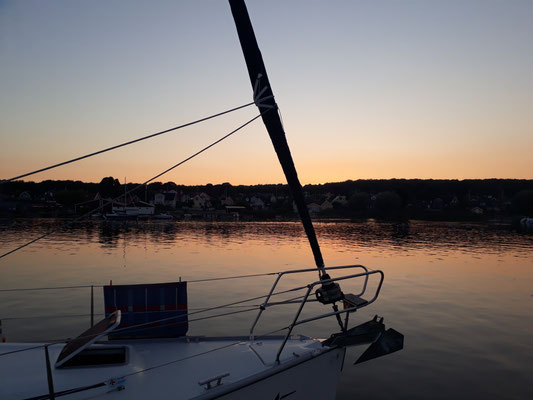 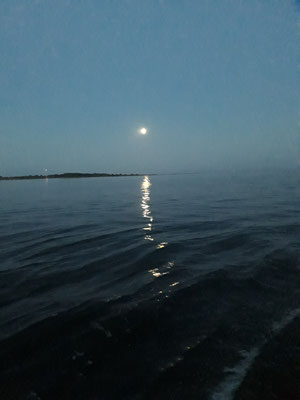 The next morning with my sister as an additional crew member, we first headed for the island Hanö, where we planned to have a lunch break. Predictions for wind was increasing after lunch to 9 m/s direction from East south east causing big waves.

In Hanö we could fasten our boat longside to another and go for lunch at the harbor bistro. The fishing harbor was really cute and the toilets had the nicest decorations so far.

At the bistro we had the choice of two dishes. Just after ordering, Lovisa bumped into her boss with family doing an outing. 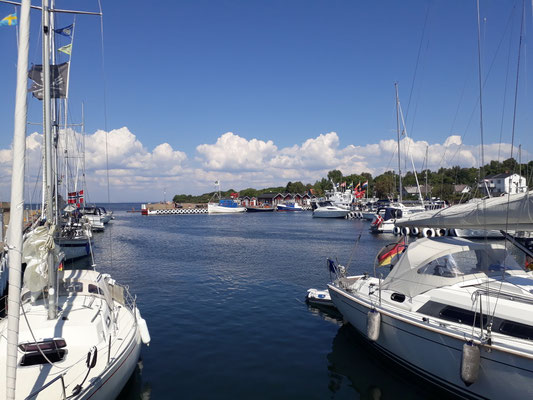 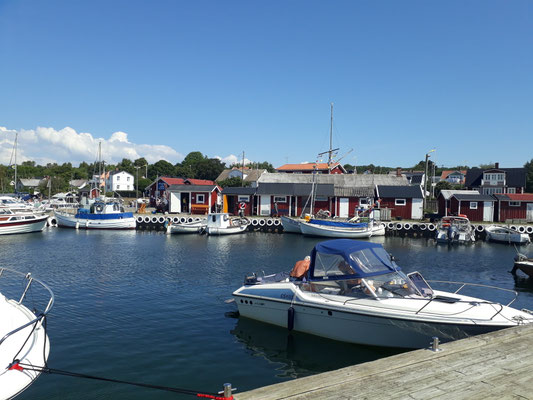 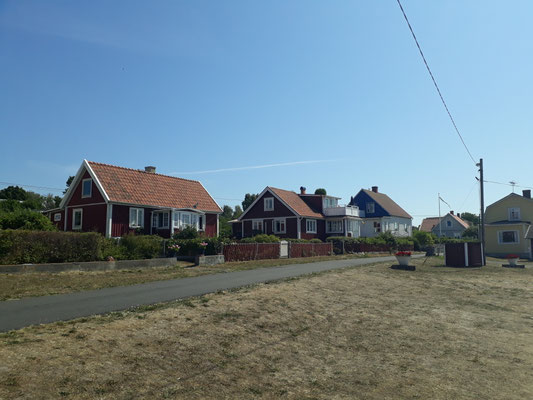 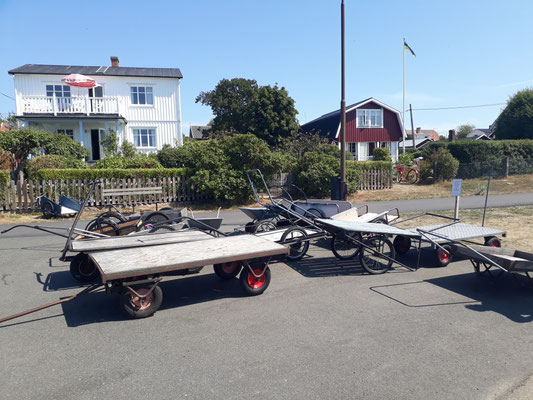 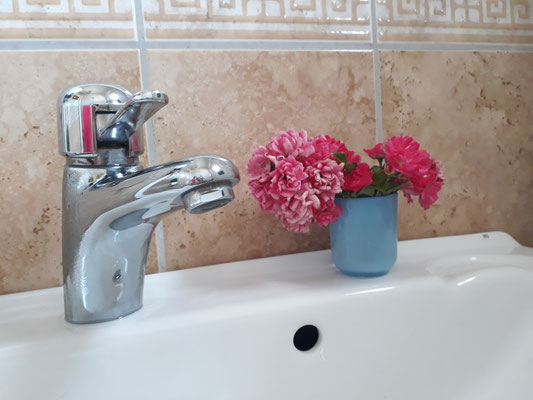 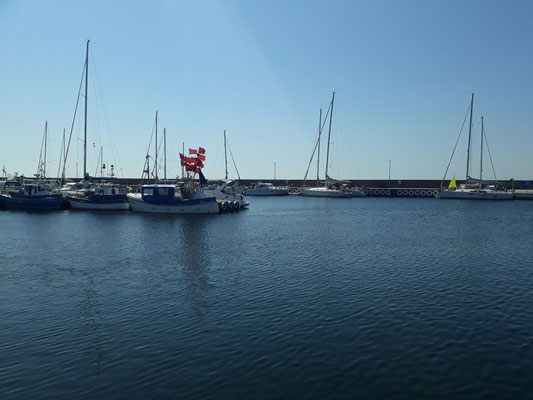 We left Hanö after lunch heading out into big waves, that were manageable and flew us with 7 knots towards Karlshamn.

We got a spot quite far from the toilet/shower but with a nice view on the archipelago islands. To cool down, we did some bathing/ swimming and afterwards set out to find a restaurant for our last dinner together.

After a walk along the shore line into town, we passed the statue of "Karl-Oskar och Kristina" representing all the Swedes heading for America which was nice.

We finally ended up in a Thai restaurant with an exceptional waiter, that took care of all our wishes. Food was excellent also.

Finally back at the harbor we were expectant of the predicted blood moon. It took a while until it appeared, but was definitely worth waiting for.

This was a perfect ending of a great day! 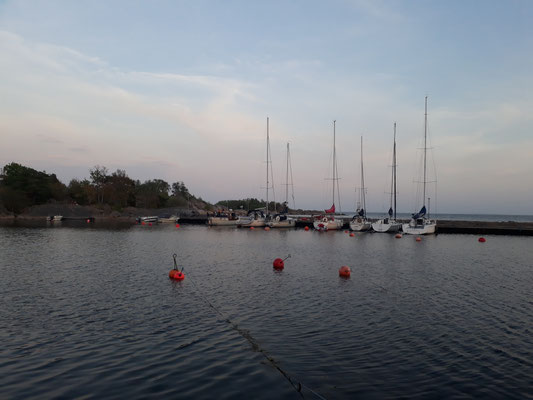 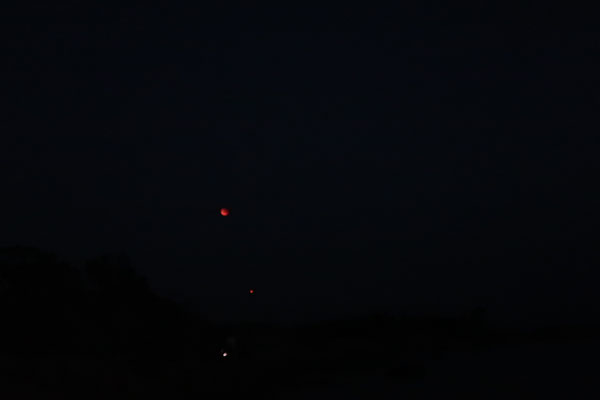 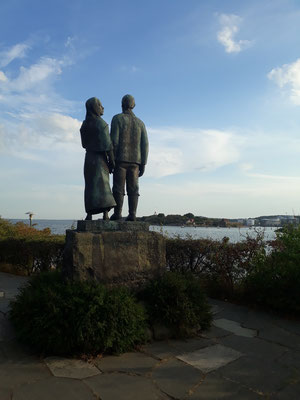 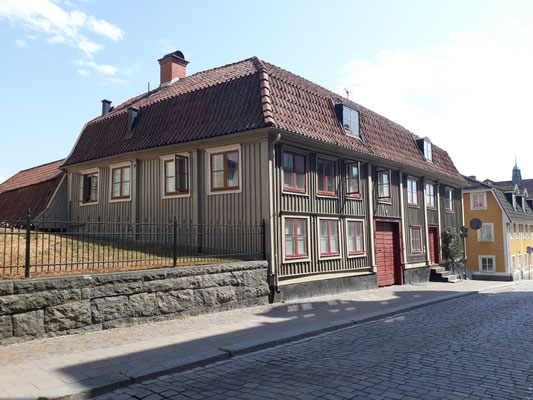 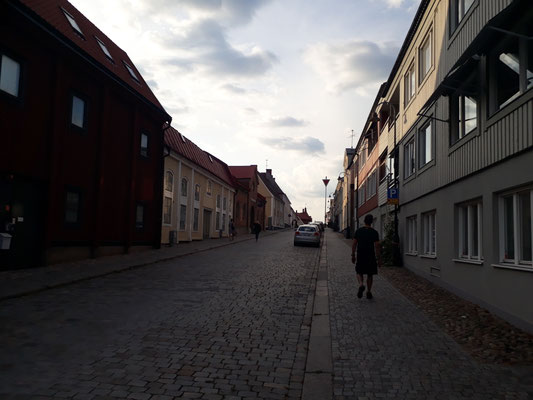 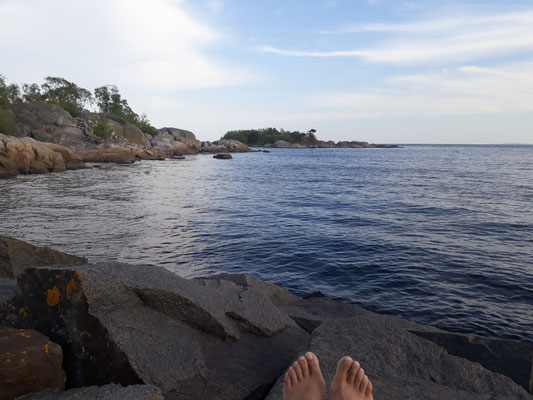