My new crew of 3 arrived Friday evening after having proven themselves worthy to be on the boat. On their way from Copenhagen airport to Karlskrona the train tracks got bended due to the heat so suddenly at one station everyone had get off the train, accompanied by an uncertain announcement that buses would materialize for further transport. They all managed to get to me and showed up in a taxi at the harbor around 20h.

First thing we all did go swimming after another hot day.

I had prepared dinner expecting them to be starved and was right.

It was so warm that we sat outside on deck until it was pitch dark and everyone had been able to tell something about themselves.

Anna M. is from Poland but lives in Spain and a colleague warmly recommended her to come along sailing.

Dirk I know from work, even if we never worked together and he and his wife Antje, were my truest blog followers 4 years ago sailing. They then just had moved to Sweden and came to my crayfish party on the boat. This time they are part of the project! 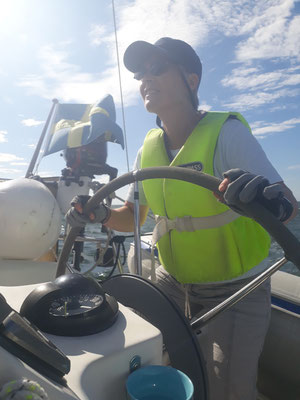 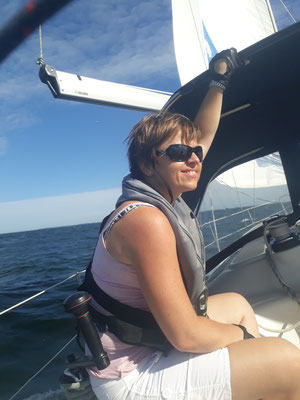 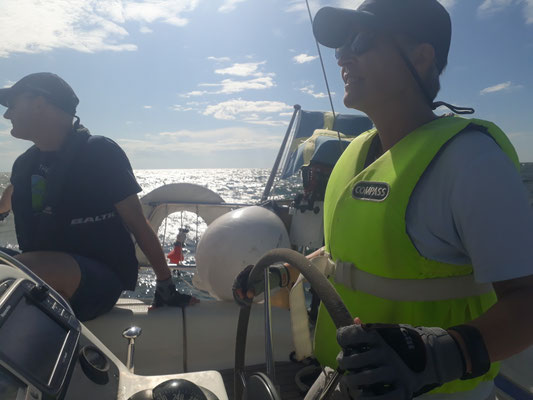 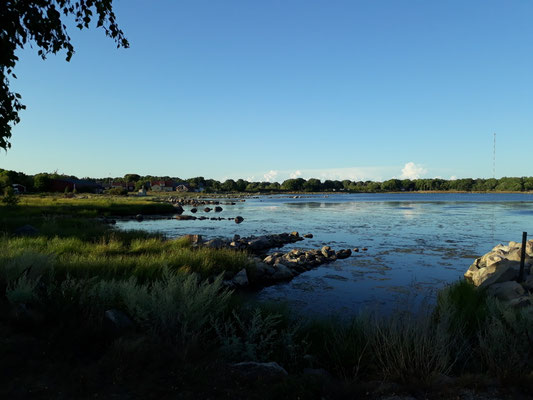 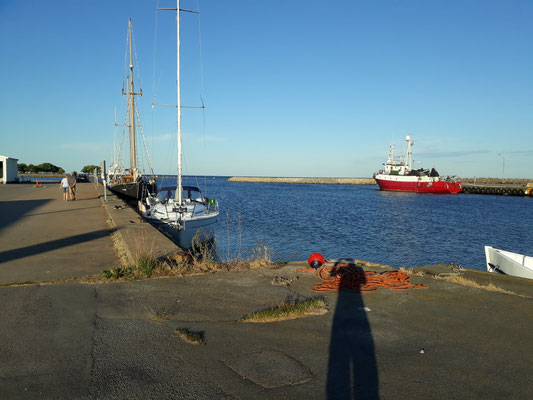 Studying the upcoming wind and weather conditions, I realized we needed to leave Karlskrona Saturday already, because predictions for Sunday were waves up to 2,5m and wind speed 13-14 m/s.

For Saturday it also was windy with 8-10 m/s and waves predicted to be 1m high.

So we discussed the situation and agreed to try to get to Sandhamn on Saturday with the south westerly winds. If after leaving Karlskrona and being on open water we didn't feel comfortable we could return to Dragsö.

After a quick grocery shopping in the morning and some lunch we headed out on water at 13.30h.

The narrow passages out between forts and islands from Karlskrona, we had the wind right on the nose, so we quickly got good at tacking.

Out in the open, everyone was comfortable even if we had big waves. Reefs in both sails we continued towards Sandhamn and were safely docked in the fisher harbor part shortly after 18h.

I'm very proud of my courageous crew that managed 25 sm the first day. For Antje and Dirk it was the first time on such wavy open waters.

After arriving in Sandhamn under Annas guidance a delicious dinner materialized.

I had thought the good wind might even take us to Kalmar 40 sm north, but not with these gusts. Also just before arriving to Sandhamn the evening before we had noticed the genua had a rip in the sail along the outside seem quite high up.

So with this to consider, also needing repair soon, we knew we would not go to Kalmar. We ended up after a nice day of slow sailing in Bergkvarn half way up the coast to Kalmar.

We had reefed both sails and that was good, because from noon on the gust came stronger and stronger also with very varying wind directions.

Anna had just taken over the helm from Dirk, who had been steering most of the morning, when the first really nasty gust hit.

I had to take over for a short while, just to get a feeling for what I was asking her to manage.

Anna took over again and even with the gusts, she quickly got the hang of helming and got us safely to the harbor entrance passage. Here we took the sails down and motored in the last part, being welcomed by a friendly harbor master.

We have mastered another great day of sailing! 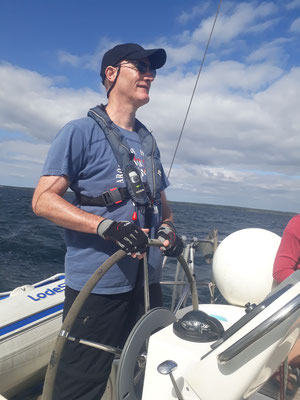 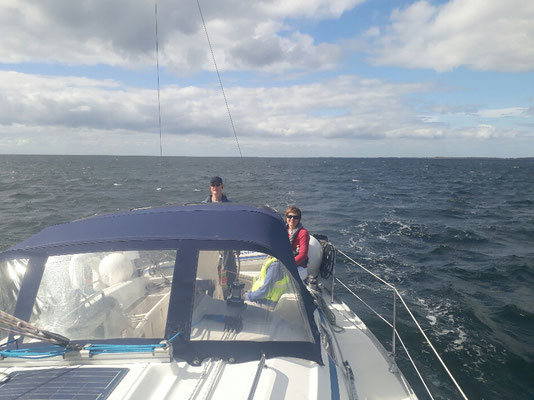 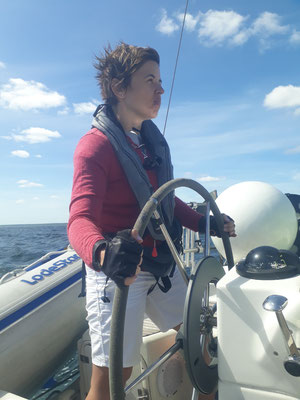 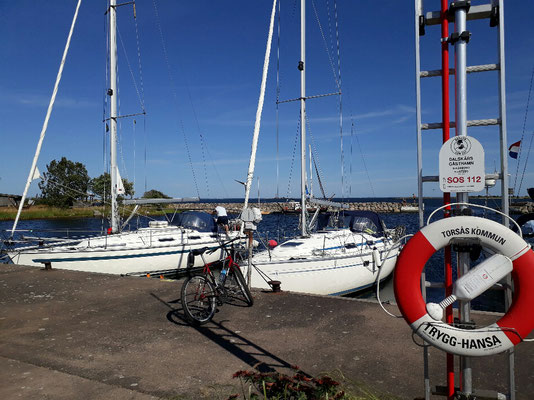