Two days ago I wrote "Ringön again" because I had been here in June 2014 with Martin, Aden and Catherine.

Now HD and I ended up the second time here.

It is an island that is like a ring around other smaller islands and offers therefore numerous options for anchoring either freely or tied up toward rocks.

Since the wind prediction was shifting over night we decided to just do a front swoy anchorage. Right now the boat is turned 180°t where it was yesterday when we went to bed. 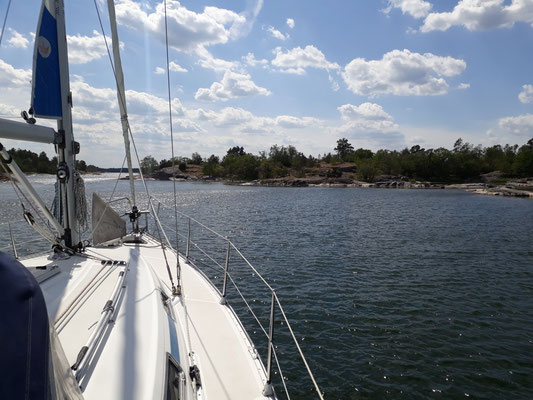 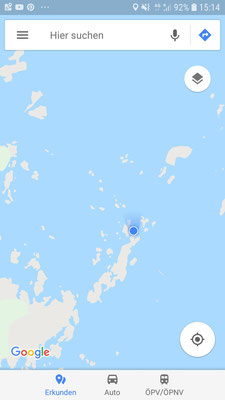 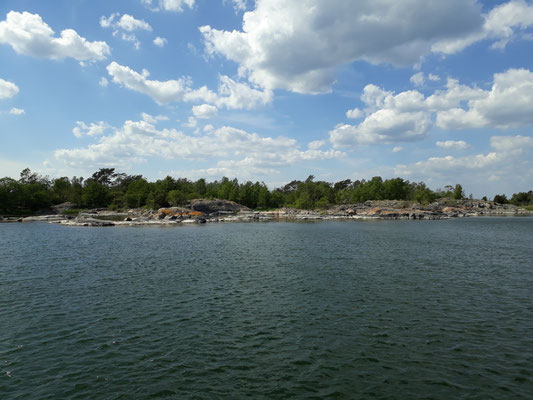 Since Oxelösund was not so charming we wanted to see as much as possible yesterday. The nice places with natural harbors were south or north of us. So after checking the wind we found out that going south and then heading back could work out.

The pictures above show where we landed to have a late lunch: Lunda.

Afterward we headed north again with by then west wind instead of north east.

Now we only had to avoid hitting rocks once in a while. 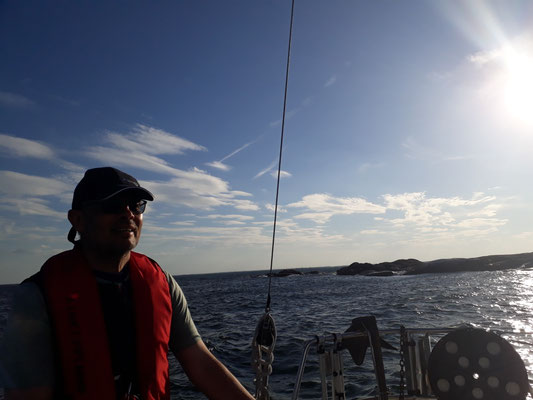 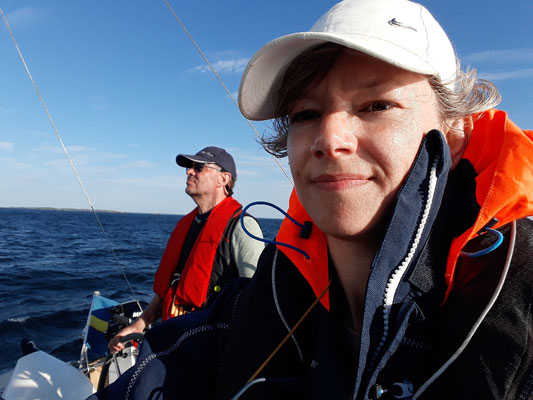 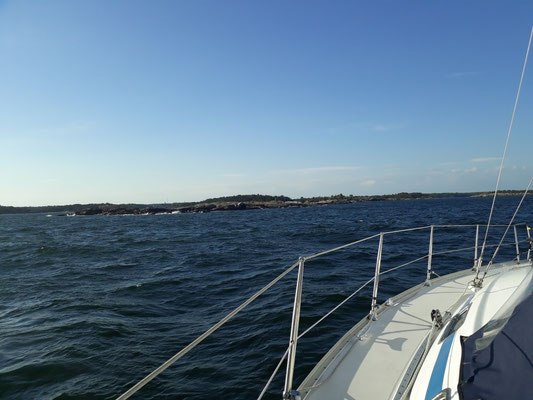 Finally arrived at Ringön for the night, our log wheel needed checked since the long had stopped working in the afternoon.

So I did my first swim and dive under the boat. Luckily the water temperature was 20° here in sheltered waters. 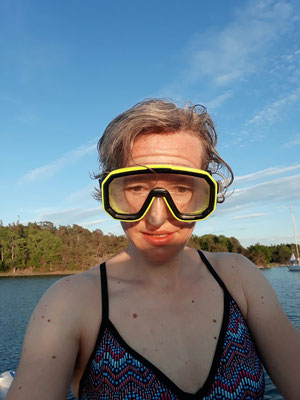 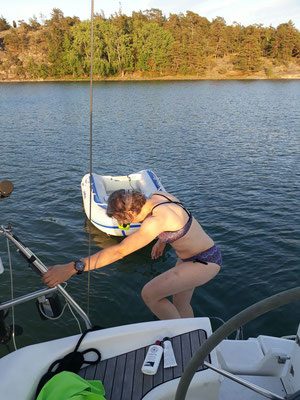 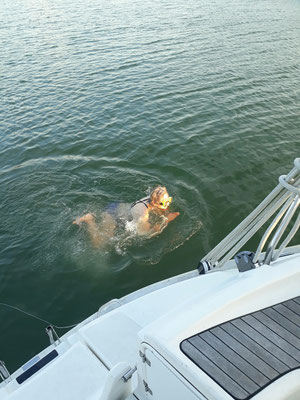 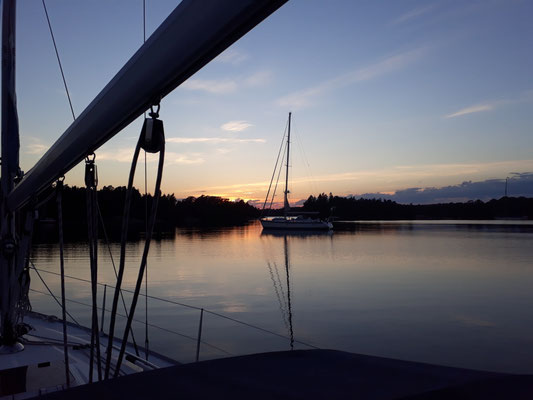 Just one last thing we broke one or two glasses yesterday, because one of the kitchen cabinets was not closed correctly. Therefore at the first shift of the boat leaning the direction the glasses crashed out.

Also my legs have gotten the beating this week and have numerous signs of winches action.