As described previously it was an adventures day today for myself.

But for Gian our 5 year old it probably turned out to be the best day so far.

Sun came out just after breaking. We had to stop many times today, so he could get off the boat.

He helped dock longside when emptying the toilet. He could go for a swim in the pool after lunch next to this pier. He got an icecream after the motor stop. He found precious glittering stones. He learned to fish for the first time in his life, even if we only caught the bottom of Göta kanal. We saw a canal crayfish, just below a cool swing over the water. He found a postcard and a bark boat.

And his mum cooked a delicious dinner with risotto and peas in it, so we all got numerous servings, because it was so good. Even my mum, that while helping cooking, admitted, she doesn't like rice ate more than one serving.

Additionally we at least got stuck in a nice place on the sunnier side of the canal.

So even if things turn out differently than planned, look for all the gifts of a day still can give you! Life is unpredictable! 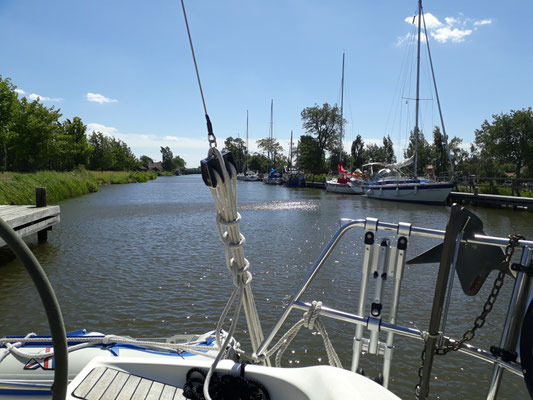 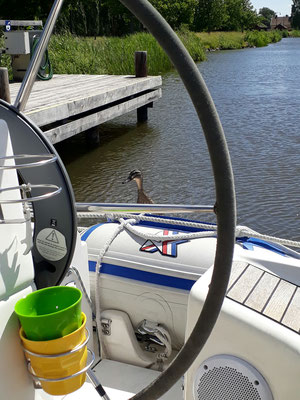 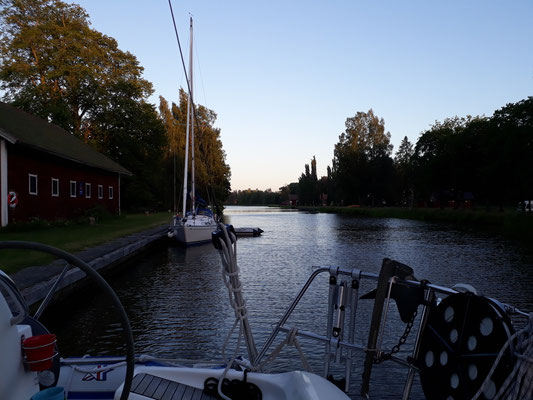 By the way, Nila made great pictures today, that I hope I can share later. Myself had hardly any chance to take pictures, because I needed both hands on the wheel today, keeping gusts in check.