Ulrike, Antonio and I left Stora Uttervik's bathing pier shortly before lunch after the security briefing.

We sailed in sunshine but with shifting winds for almost 4 hours just off and on needing to motor.

We reached Aspöfladen for anchoring towards rocks around 17h.

The weather predictions for the night was slightly shifting wind and rain. 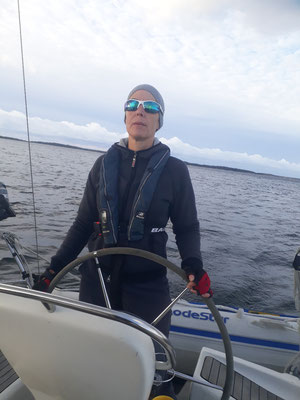 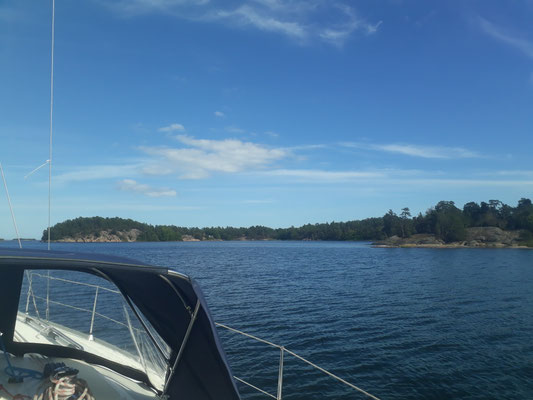 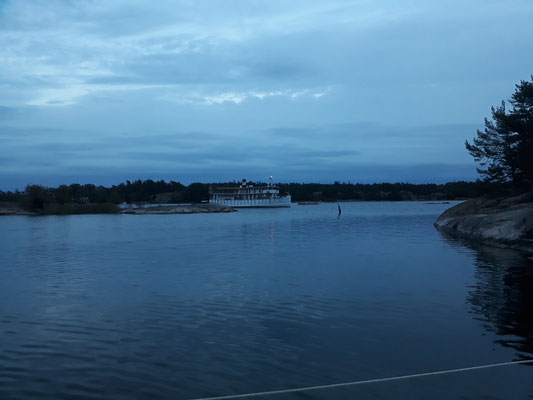 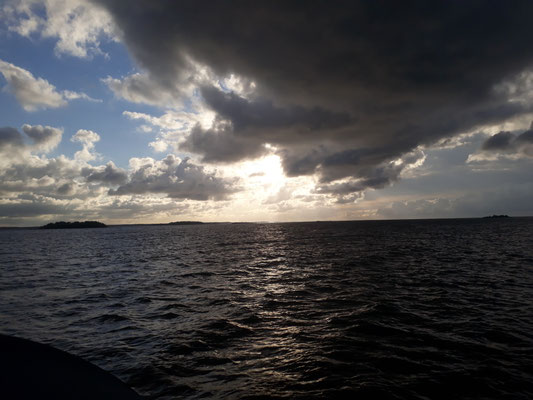 Welle, what happened was Ulrike woke me up at 5 o'clock, because the boat had started to touch the rocks in the front.

We pulled it back towards the anchor again, but we quickly realized this was a short term solution. So we decided to get dressed and going.

5.30 off we were into the morning sailing towards Trosa that we reached about 4 hours later.

The first thing after being fast in the harbor we did, was finding a coffee to have breakfast at.

Now we have napped, shopped groceries and are waiting for Martin to arrive.

Tomorrow we will be 4 on the boat again!