Today started before 10 o'clock,  which had been our goal yesterday, since it's the longest on water today. We were ready at 9.55 and used our VHF radio to call for opening of the first bridge.

A while later we reached Trollhättan lock stairs with one huge lock drop and then additionally 3 in a row. Compared to Göta kanal with the highest height difference a bit over 3 meters,  Trollhättan was amazingly high! Also the walls where partly still the surface of the pure rocks that the construction had left.

We've been told that holding onto a ladder while going down would be enough support for the boat to stay still. I was sceptical, so we tried to find something to tie our longest ropes around. If this was possible towards the front, you couldn't find something close enough for the back. So Lovisa and I  got bolder and only tied up towards the front and she needed to reset it lower at least twice during our going down of at least 10 per lock. I have to look the drops up to be more exact. I stabilized the back of the boat by reaching something that my boat hook could grab onto, which was a challenge. 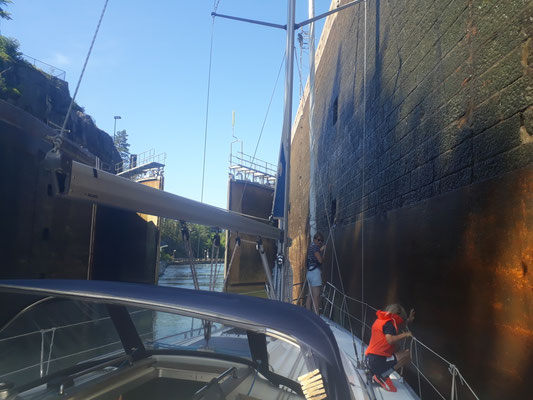 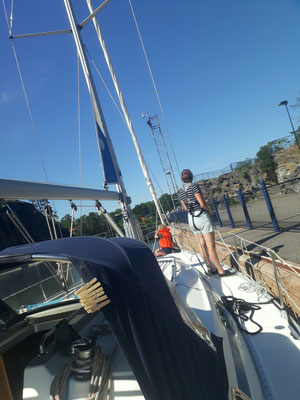 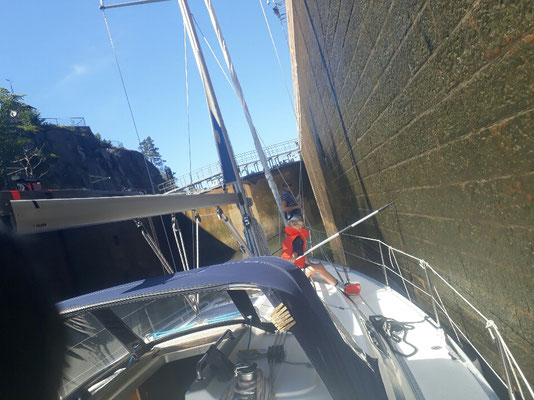 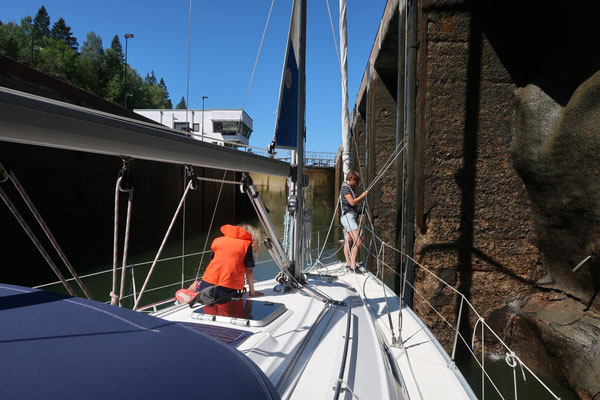 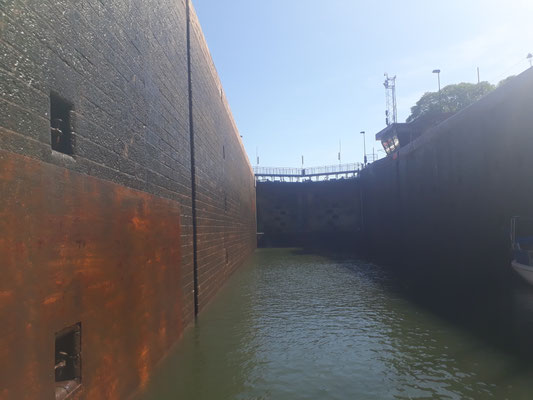 Fredrik surprised me numerous times today. First he showed Lovisa how to fill the water up in the tanks. After that he rolled the hose up again exactly as I had showed him the second day still in Mariestad. Then he helped during the locks. Additionally he took over the helm for a short while today too, before we reached Lilla Edet our last lock. 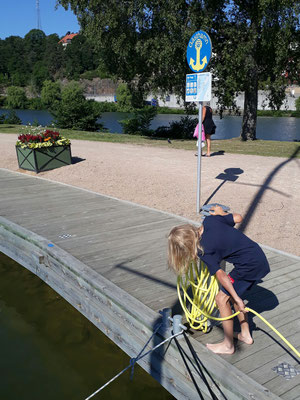 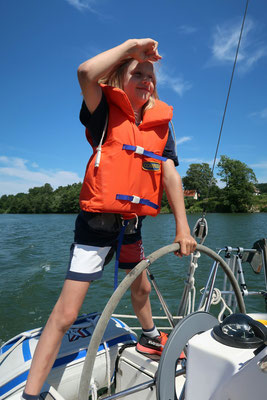 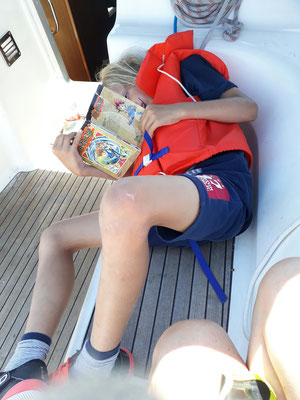 We did a short break in Lilla Edet seeing other boats getting locked and having a coffee at the Slottscafét, which accepted our cash, but wouldn't take cards! So strange in Sweden!

Finally shortly before 19 h we arrived in Kungälv harbor below the fort. It turned out it's not a real guest harbor, but we found a spot anyway and enjoyed the old timer show on the parking lot next to us. 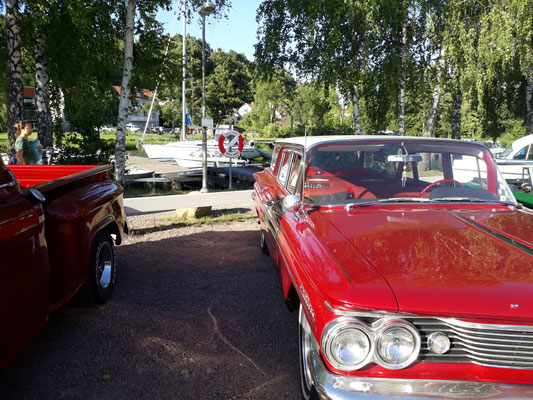 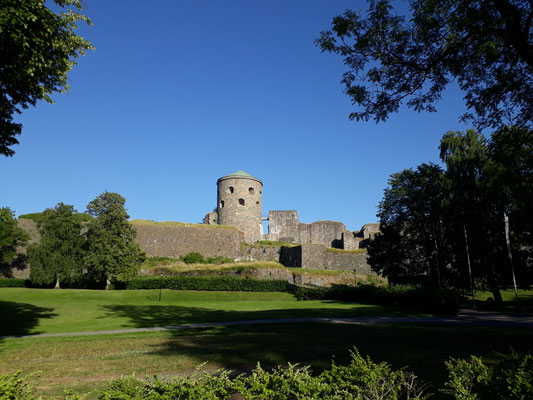